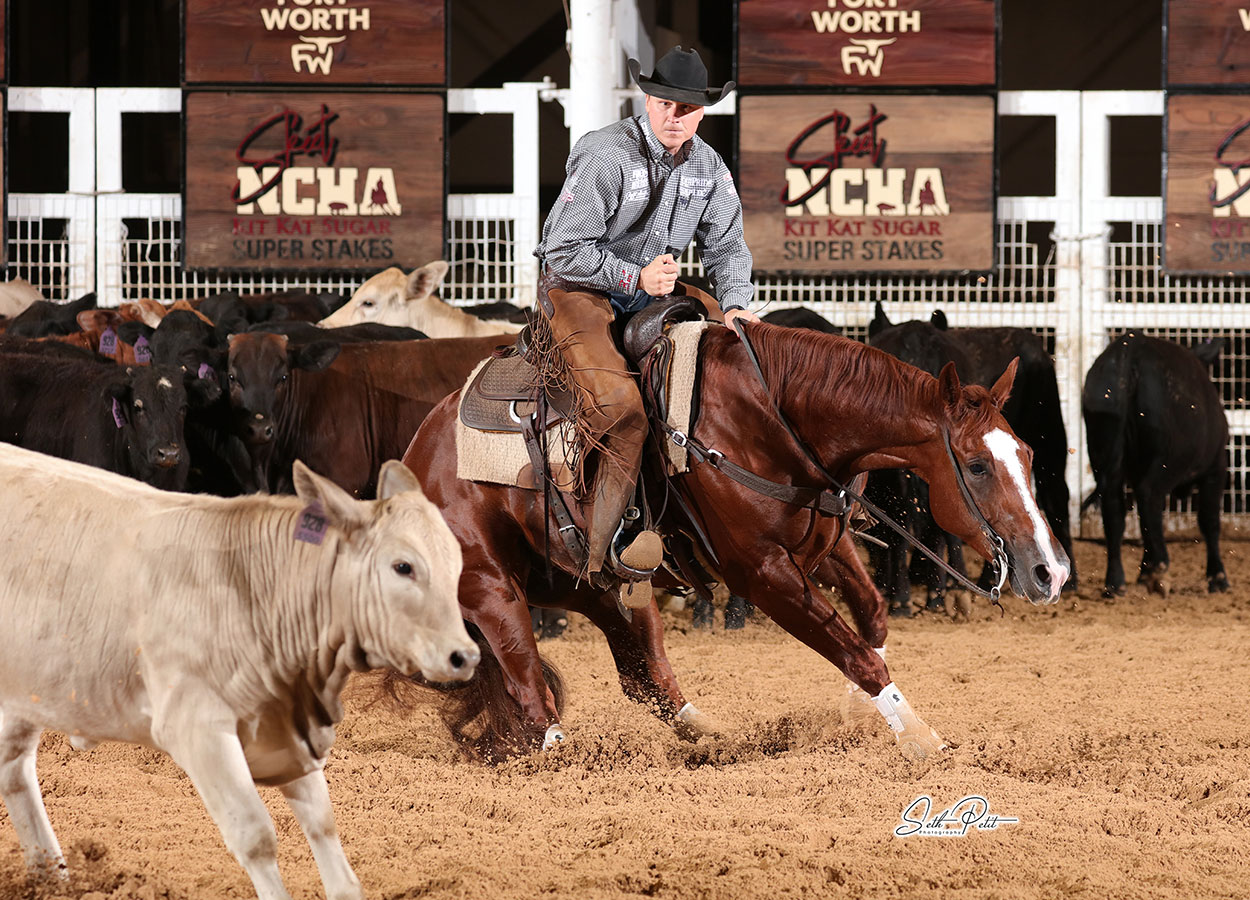 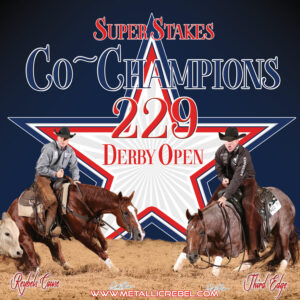 They did it on Reybels Cause and Third Edge, who were sired from the first crop of young stallion Metallic Rebel and are both out of Dual Rey mares.

“I don’t think it’s ever been done, especially at Fort Worth. It was so cool and sentimental,” Wesley Galyean said.

The brothers helped each other in the pen by turning back. When the buzzer rang on Welsey Galyean’s run in the second set, they both raised their firsts in elation. The co-championship paid them both $51,485.

“As far as the cutting world goes it’s a cool as it gets,” Beau Galyean said. 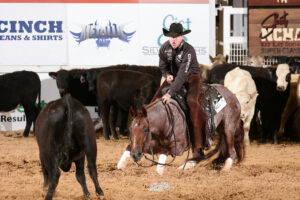 From the time Galyean started Third Edge on cattle, he thought the horse had something special.

“When he was three and we’d be working and he’d work good we’d stop and sit there, and he’d turn around and look back at me, looking for my approval,” Galyean said. “I’d pet on him and tell him good job. I believed in him and loved him.”

According to Galyean, pulling off a 229 or higher in the deep field of 4-year-olds felt like a David-and-Goliath moment.

“Adan [Banuelos] marked a 225 and then Beau marked a 229. But, I really believed we could do it. That 229 was my mountain, my Goliath right in front of me. I was continuously talking to myself in my head and encouraging myself,” Galyean said.

Together, Third Edge and Galyean have earned $118,492. Their earlier successes together include the Derby Open Championship in February at The Arbuckle Mountain Futurity. Third Edge (Metallic Rebel x Lil Rattler x Dual Rey) is owned and bred by SMF Cutting Horses, of Aspen, Colorado.

Terry Green, of Jackpot Business LLC, had gotten completely out of cutters and moved to racing Thoroughbreds, until trainer Beau Galyean gave him a call about a few horses that included Reybels Cause.

“I got out of it for a while, but the bug came back. When Beau called me, it pushed me to get back in it,” Green said.

Reybels Cause delivered Green his first major NCHA title as an owner during the finals on Friday, April 1 in Will Rogers Coliseum.

“I’ve tried for a long time to win one of these major events and never have done it. It was a real thrill to win it,” Green said.

With the victory, horses owned by Green’s Jackpot Business LLC have earned more than $865,000. Bred by Double Dove Ranch, Reybels Cause is out of million-dollar dam Twice As Reycy, by Dual Rey.

For Beau Galyean, the wins were especially meaningful because of the connections between the horses and people involved. It goes back generations – including the two horse’s sire, NCHA Open Horse of the Year Metallic Rebel, as well as Metallic Rebel’s sire, Metallic Cat, and Metallic Rebel’s dam, Sweet Abra. Wesley Galyean has found great success riding his horse’s mother, Lil Rattler, and some of her sisters.

“It was so special because it started with Metallic Cat and Sweet Abra, I rode both of them and they created Metallic Rebel,” Beau Galyean said. “Then [my] brother-in-law Lloyd Cox rode Twice As Reycy, which is how Reybels Cause is bred. Then Wesley rode Lil Rattler, so the whole connection was unreal.