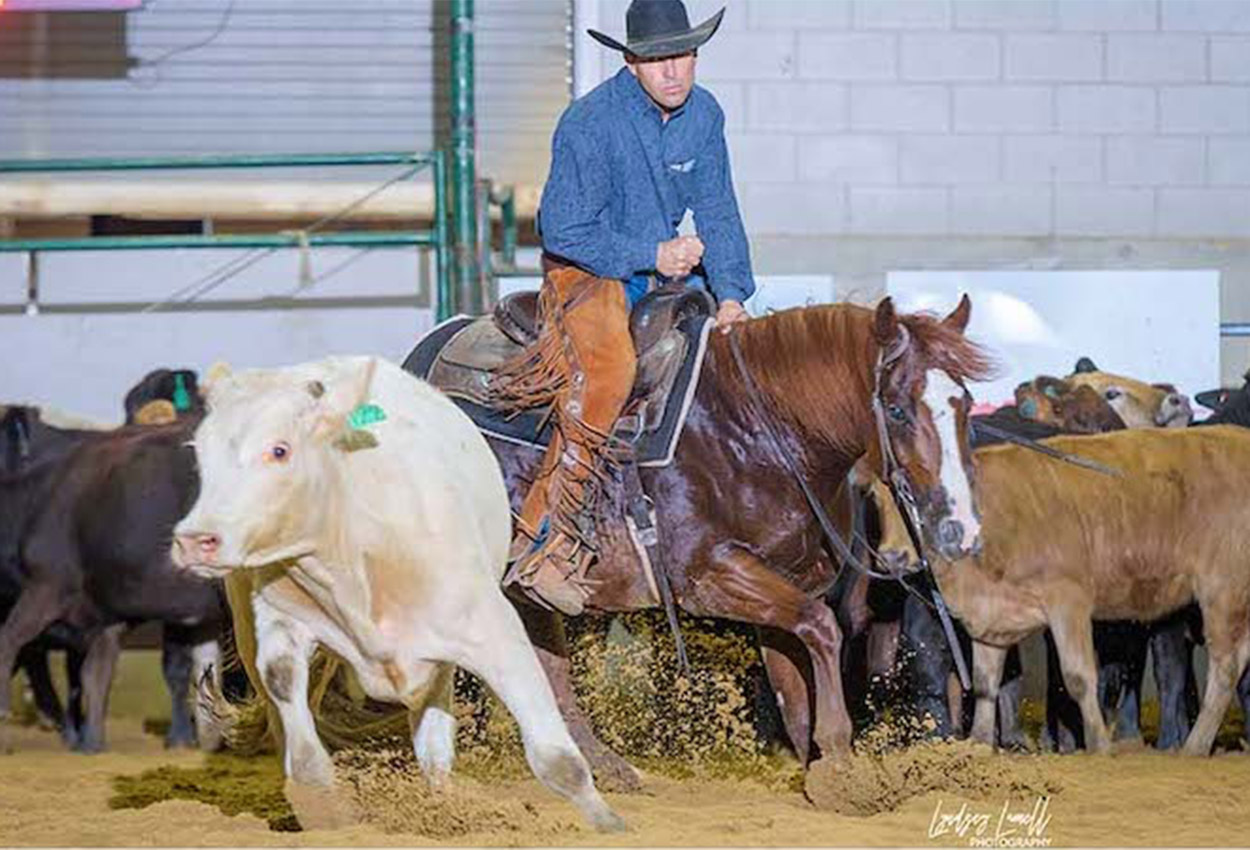 For 39 years, the Southern Cutting Futurity has drawn cutters East of the Mississippi River to Jackson during the fall futurity season. This year, the event, which was sponsored by Metallic Rebel, boasted a purse of $746,790, mirroring last year’s payout.

The 3-Year-Old Open finals took place Oct. 26, and it was fittingly a son of Metallic Rebelnamed Mckenzie Rebel who rode to the Championship with a score of 224.

Mckenzie Rebel was piloted by Zeke Entz, who has had the gelding in his program since spring of this year. The horse was started by his owner, Travis Russell, of McKenzie, Tennessee.

“Travis broke and started him, then sent him to me to put a little finish on him,” Entz said. “I’ve been showing him around a little bit at the fall futurities. He’s a really nice colt. Travis did a good job.

“He’s a strong little gelding — he’s athletic — but the main thing is he loves his job,” Entz added. “When you’re training on him, any time you put your hand down, his ears are looking for the cow.”

Entz said Mckenzie Rebel (out of Lil Roan Ricochet x Smart Lil Ricochet), who was bred by Robert and Angelia Ferrell, started off the fall futurities fairly green, but he’s gotten better as he’s gone along. He credited the gelding’s breeding for part of that, saying he’s been impressed with the offspring by Metallic Rebel he’s had in his program.

“I’m really impressed with how much they read a cow, stop, and how much they like doing their jobs,” Entz said. “Thank you to my help — Austin Shepard, Todd Gann, Jessie Pritchard and T.C. Sheer. I couldn’t do it without them. And thanks to Travis for giving me the opportunity.”

Russell banked $14,626 for his gelding’s win. In the future, the owner hopes to ride the horse to the herd, as well.