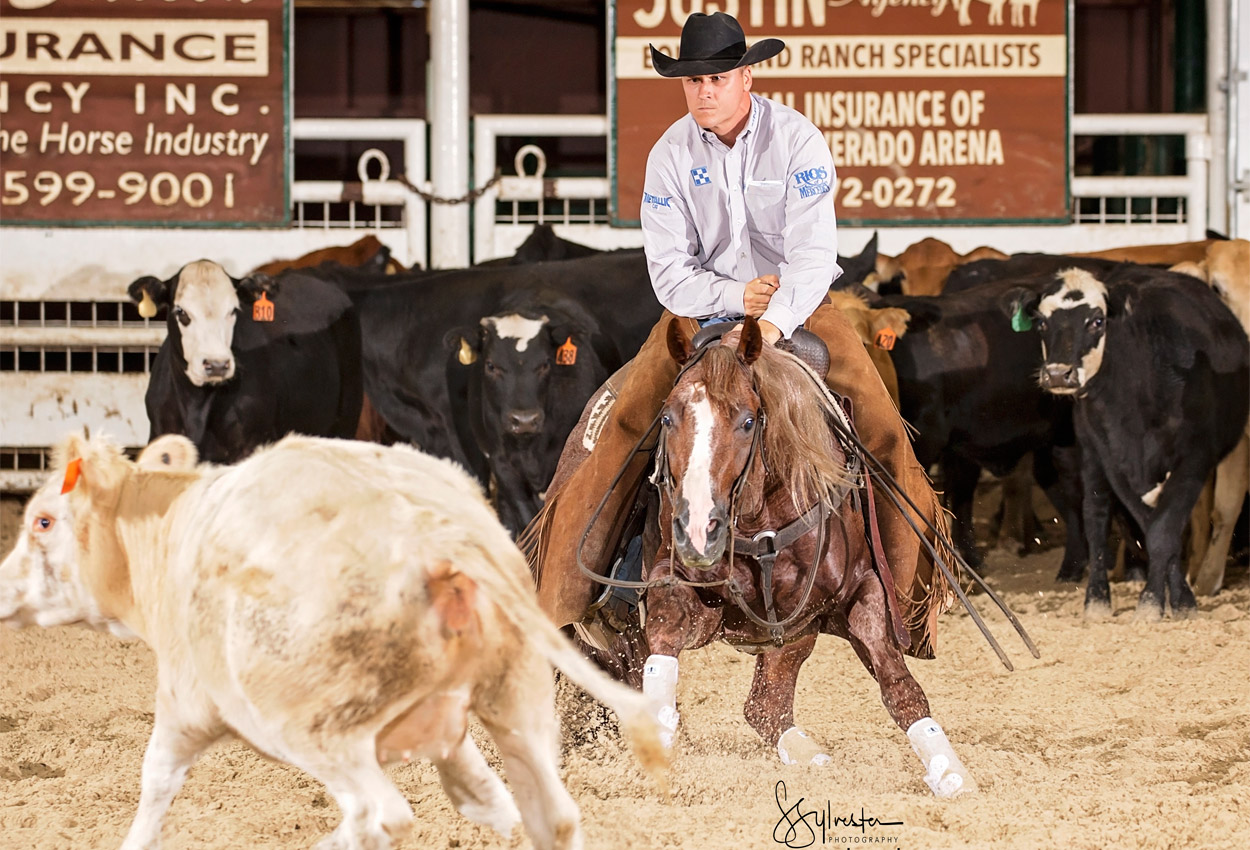 When Metallic Rebel is called to perform next at a cutting event, most attending will stop what they are doing to watch the stallion cut. And for good reason. He and Equi-Stat Elite $3 Million Rider Beau Galyean have made the top three in nearly every event they have entered this year.

The Classic/Challenge Open finals at the Brazos Bash was no different. People flocked to the arena walls as the pair walked to the herd, and they were not disappointed. The proven pair threw down a big 228 to top the class by a massive 6.5-point margin.

Metallic Rebel (Metallic Cat x Sweet Abra x Abrakadabracre), who was bred by Fults Ranch and is owned by Thomas Guinn, added $20,000 to his record for the win, pushing him to an Equi-Stat record of $367,110.

Galyean and the stallion have had a packed schedule this year, in an effort to win the NCHA Open Horse of the Year title. Metallic Rebel is currently leading the standings according to the NCHA, but he and Hashtags have been neck and neck all year. Galyean said Metallic Rebel has not missed a beat, and he expects the stallion to keep it up through the end of the year.

“It’s been a long road,” Galyean said. “It’ll be down to the wire. We just call him ‘Beast Mode’ around the barn, because he doesn’t slow down. He still feels fresh.”