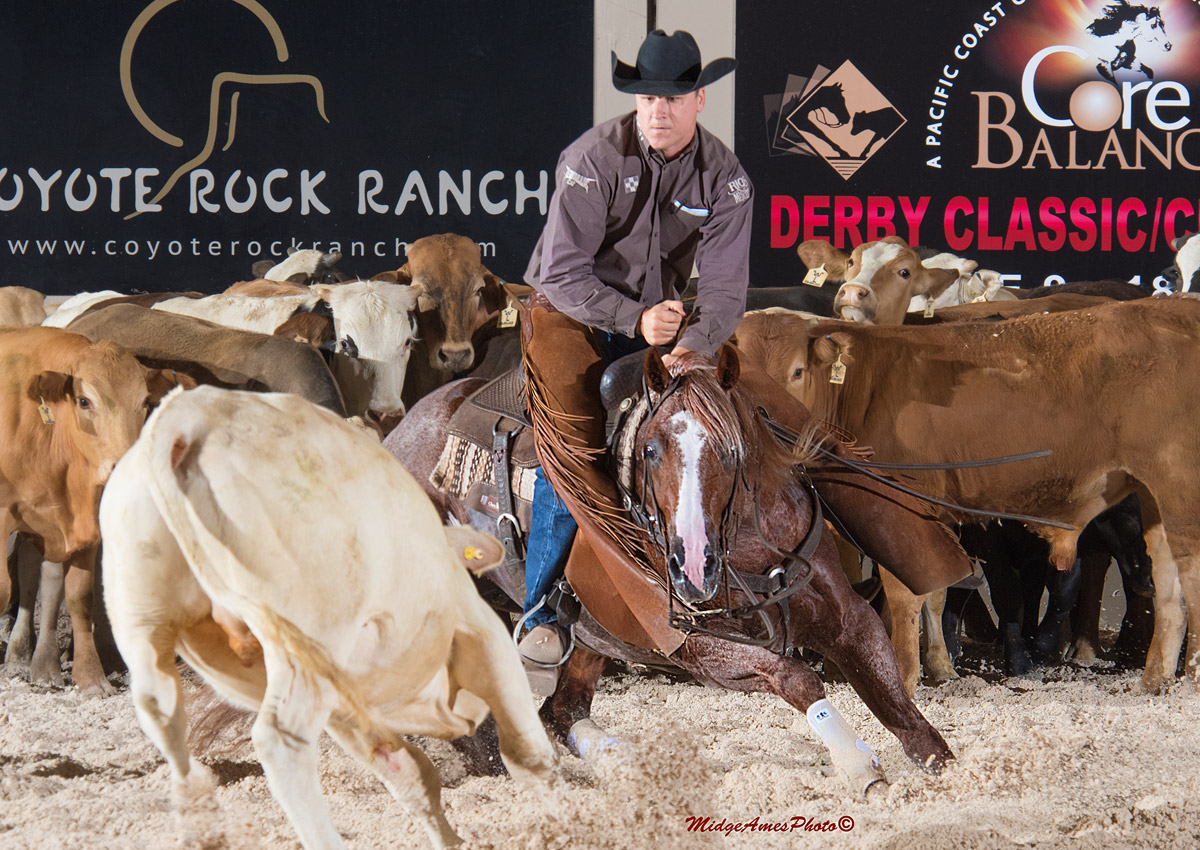 Metallic Rebel continued to steamroll through the 5/6-year-old division with the Pacific Coast Cutting Horse Association [PCCHA] Futurity Classic/Challenge Open Championship, but he had to outdo two full siblings in order to make it happen.

He was one of three finalists by Metallic Cat and out of Sweet Abra (by Abrakadabracre) at the Oct. 9 event at the South Point Hotel, Casino and Spa in Las Vegas.

Ridden by Beau Galyean, the duo’s win was their second major title in less than two months. They won the Brazos Bash Classic/Challenge Open Championship in late September and, earlier this year, they won the Super Stakes Classic Open and Abilene Spectacular 5/6-Year-Old Open.