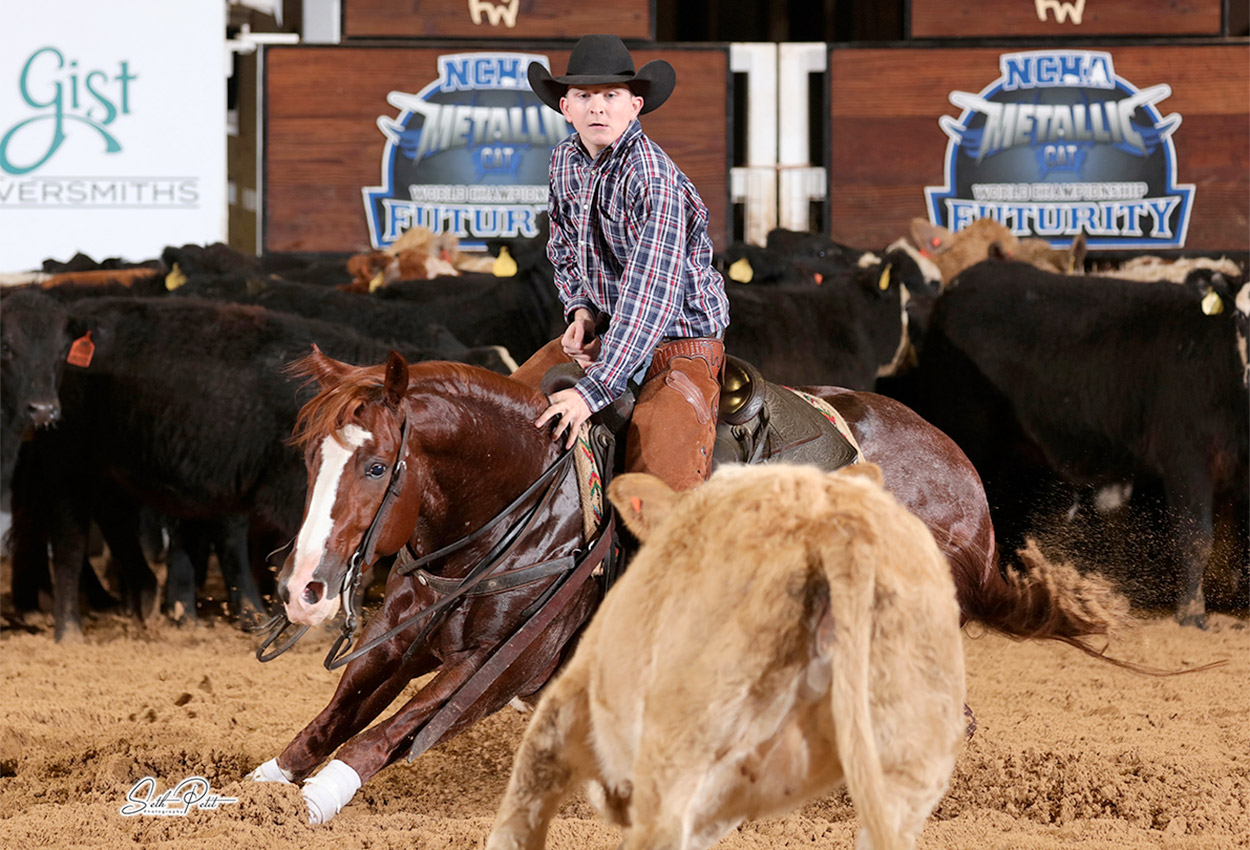 When Brandon Westfall and Ripp Tide entered the pen during the Metallic Cat National Cutting Horse Association (NCHA) Futurity Non-Pro finals, held Dec. 8 in Fort Worth, Texas, it was to the sound of applause from the previous run. Ty Moore and Katt Von D had marked a 228, putting up a huge score that would be a tough act to follow. Westfall knew he and Ripp Tide were up for the challenge, though.

The pair entered the arena, and from their very first cow, the crowd was on its feet cheering. When the run was over, everyone held their breath until a 228.5 hit the scoreboard, elevating Westfall into first place by half a point.

“When Ty went, he marked a [2]28 right before me. I normally don’t look up at the scoreboard, but I knew it was really good,” Westfall said. “All I was thinking about was trying to beat that. I thought my horse was plenty good enough to do it, and I just kind of thought, ‘I know that’s hard to beat, but I’m coming with it.’ I’m generally not that way, but tonight I was kind of all or nothing. I wasn’t going to mess around.”

Like I Reckon So and Fiddle And Steel, Ripp Tide was bred by Westfall’s parents, Russ and Janet. The stallion is by Metallic Rebel and is the first baby out of Laguna Girl (by CD Royal), who won $116,000-plus with the Westfall family.

“He’s just been an unreal horse,” Westfall said. “I’m going to give all the credit to [my dad], he trained him, but I started him on a cow, and I remember the first day I was like, ‘Wow. I’ve never felt a horse this special.’ He’s just unbelievable.”

“Little Mac” is smart, has a big stop, and has a way about him that makes him stand out, Westfall added. He wasn’t sure who in the family would continue showing him, but he was grateful for the chance to ride him to the herd at the Futurity.

“I want to thank my parents. They’re 100% supportive of me, whatever I want to do,” Westfall said. “I also want to thank Colt Moore and Jencee Jarvis. They work for my parents, and they work their tails off. Colt’s like my best friend. When I’m needing a little motivation or I’m needing to hear something, he’s really good about all of that. I just really appreciate them.”