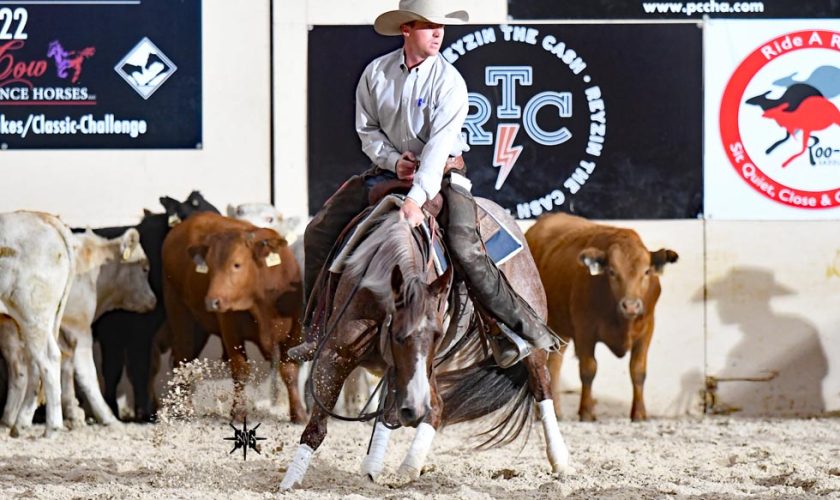 Hadlock and the mare marked a 227 to earn the title on Sept. 27 at the South Point Hotel, Casino & Spa in Las Vegas, Nevada.

“I really wanted to advance [to the finals]. She’s the only one we brought,” Hadlock said. “In the finals I was thinking ‘Don’t mess up, don’t miss the cow.’”

Hadlock and the daughter of Metallic Rebel pushed the run hard, nimbly blocking cattle at each turn and earning every cent of the $20,992 payday.

“I bought her from Hayden Upton in March,” Hadlock said. “She was pretty easy because Hayden did such a good job. She was already so cowy, and that’s why I really liked her when I bought her. She’s been a cutting horse from the start and she’s been simple to train and go on with.”

According to Hadlock, coming to the PCCHA Futurity was a last-minute decision. He’d been at the Cascades Futurity when peer Tom Long told him about a Western State Incentive the PCCHA was holding. That was the initial draw, but Hadlock said now, he’s definitely more attuned to the opportunities at the Las Vegas show.